skip to main | skip to sidebar

Jordi Pons was born in Barcelona and started to play the clarinet from the age of ten. In 2000 he graduated from the Conservatorio Superior de Música de Zaragoza, Spain. That same year he went to London to study at the Royal Academy of Music. In 2004 he graduated from the Academy and started a Masters course (Solisten Diplom) at the Musik Akademie der Stadt Basel, receiving lessons from renowned clarinettist François Benda.

Jordi has been the recipient of several prizes and awards. He was the winner of the CIRIT Prize for Music and Research, Spain, the ‘Premio de Honor’ for Woodwind Solo Playing, Spain, the ‘Juventuts Musicals de Catalunya’ Prize, Spain, the ‘2002 Guinness Music in the Community Award’, and the ‘2004 Mortimer Development Award’, UK, and received 3rd Prize in the V International Clarinet Competition Città di Carlino, Italy. In 2006 he was also awarded a scholarship from the Department of Culture in Catalonia.

As a soloist he has worked with many orchestras, performing, with great acclaim, the Mozart and Copland Concertos and, most recently, performing Nielsen’s Concerto with Basel Symphony Orchestra in Switzerland. In chamber music he has toured extensively, performing with players like Dame Felicity Lott, Vincent Lucas, Carlo Colombo, Felix Renggli, Emanuel Abbühl, Hartmut Rohde, Diego Chena, Nigel Clayton and the Pavão String Quartet. In 2008, he was invited to teach and perform at the ‘Pablo Casals International Music Festival’, France. In 2011 was invited to teach and perform at the MIMU Festival, in Uberlândia, Brazil.

Jordi has recorded an album with Camerata Bern, with Antje Weithaas and Alexander Lonquich, and is now working on a new project, which includes pieces for clarinet and electronics from composers Steve Reich, Luciano Berio and Pierre Boulez. 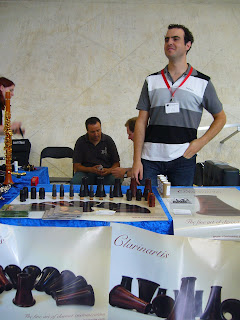 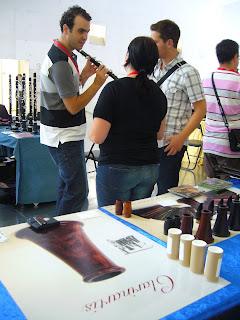